In the spirit of Halloween, go on a road trip through some of the West’s most prominent ghost towns, most of which are born out of the booming coal industry and Gold Rush.

Right in the Sierra Nevada range in California lies an old gold-mining town that resembles a movie scene. Pass by creepy abandoned spots like hotels, houses, churches, a general store, and even an old funeral parlor. Not only is the silence eerie, but so is the fact that many of the homes are left as if families walked out of their doors and didn’t turn back.

If you do decide to go, just try not to bring back any souvenirs. Supposedly, anyone who grabs any of the items will be cursed by the ghosts that still reside there.

If you find yourself near southwestern Montana, you can visit their original capital city, Bannack. This typical old-time Wild West town is said to be haunted today by the allegedly former corrupt sheriff Henry Plummer and his partners in crime. You may even spot them in the local hotel, jail, or shops that linger on the dusty streets.

Right between Los Angeles and Las Vegas is this restored Silver Rush town. Here you’ll find more of a theatrical experience of what life in the unruly early days of America were. The saloon, courthouse, and a few other buildings are all original to the area. However, the rest are replicas designed to let you feel like a cowboy on the run for a day.

Out in the old mining post of St. Elmo, things went bad really quick. It was once an active town of nearly 2,000 people during the Gold Rush. However, once the local railroad stopped working, the population swiftly dwindled down to nothing. Today, you’ll find old remnants alongside the former general shop that sells novelty items and antiques to tourists cruising through.

Along the Continental Divide National Scenic Trail in Wyoming is one of the more popular ghost towns in the region. By the 1940s, it had dwindled to almost nothing after the Gold Rush was over. Today there’s a blend of abandoned buildings that give the perfect Halloween ambience, as well as many Wild West themed activities to keep you busy. 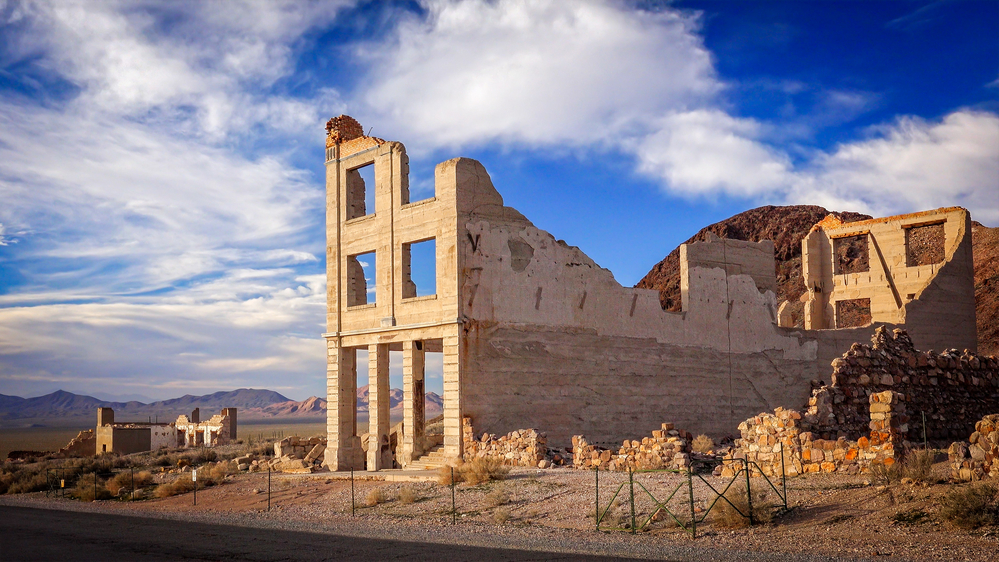 This site once flourished with its own school, opera house, and even stock exchange, but after investment dried up in the early 20th century, the place became slowly abandoned. If you’re looking for a cool place to take eerie photos, this setup is an ideal spot due to the classic western landscapes and cool modern art around the area.

In the 1800s, this was a real hotspot for gold miners. Today, it’s still widely visited for gun fighting shows, mine tours, museums, shops, train rides, and other classic western entertainment.

Grafton is a mix between preserved historical buildings and newer developments. Wooden homes line the forests along the Fertile River, and the local cemetery has graves regularly marked in the 1800s. Its the perfect mix for nature lovers who want a creepy vibe this October.

Kennecott is a former copper mining town in the middle of the Wrangell-St. Elias National Park & Preserve. While it once hosted around 600 miners, it’s now mostly a sight for park visitors who want to see what old America looked like.

If you’re exploring the Rio Grande, you might want to check out the crumbling remains and eerie cemetery in this once quicksilver mining site. Afterwards, you can grab dinner in the town center. They even welcome campers for a really unforgettable stay. Ready to Buy or Build?